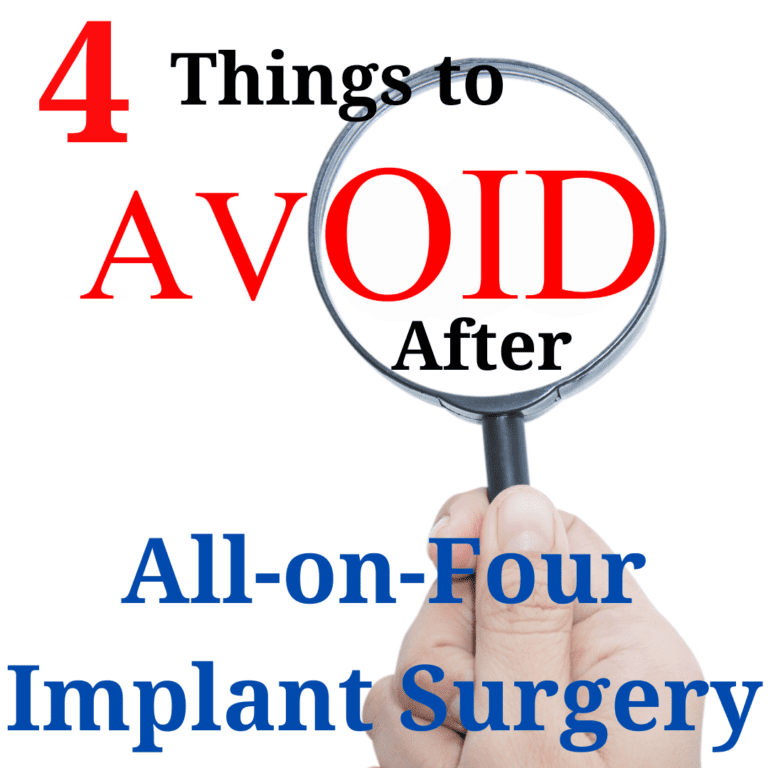 If you have multiple missing teeth, then you may be considering having all-on-four implants placed to restore your smile. All-on-four implants work the same way as traditional dental implants, meaning that they are small, titanium posts that are inserted into your jawbone to act as artificial tooth roots. However the reason behind the name “all-on-four” is because four dental implants are used in order to support a larger dental restoration.

This is because all-on-four implants are used to replace an entire arch of missing teeth, therefore a fixed bridge large enough to cover the entire arch must be used. When using the all-on-four method, four dental implants are strategically placed so that they can effectively support the fixed bridgework. This is much more affordable and easier to recover from than replacing each tooth with an individual dental implant.

Not only that, but all-on-four implants are still as stable as traditional dental implants despite the fact that there are only four of them. This is because they are strategically placed in areas where you have enough bone to secure them in place. This also means that bone grafts are not generally needed for all-on-four implant placement.

Like traditional implants, however, placing all-on-four implants does require oral surgery. During this surgery, the four implants will be placed and connected to your new dental prosthetic. Although you will have your new teeth, there are still recovery protocols that need to be followed to ensure that your implants heal properly. While recovering from all-on-four implant surgery, here are four things that you should avoid:

Keeping your mouth clean after implant surgery is highly important because infections are one of the main causes of implant failure. However, you will need to keep your mouth clean without doing anything that can damage the surgical site. Therefore, you will need to temporarily avoid electric toothbrushes and water flossers for the first few days following surgery. Your implant dentist will let you know when it is appropriate to start using them again. In the meantime, a traditional toothbrush or dental implant cleaning brush can be used.

Although it is important to keep your mouth clean after surgery, you will need to avoid using mouthwash for at least the first month after surgery. The only exception to this is if your implant dentist prescribes a prescription mouthwash. In place of mouthwash, you can use 1 part salt mixed with 3 parts warm water. However, be sure to avoid rinsing vigorously or spitting since this can open sutures and cause healing delays. Instead, you will want to gently move the water around your mouth and let it drip out when done.

Just because you have new teeth in place doesn’t mean that they are immediately ready to eat anything. In fact, you will need to avoid eating hard, chewy, and sticky foods temporarily until the implants fuse with the surrounding bone. Eating these foods too soon can place stress on your implants that can cause them to shift or heal improperly. For the first few days following surgery, you will also need to avoid hot, spicy, or acidic foods as they can irritate the surgical site and cause bleeding. It is also necessary to avoid foods that fragment into small or sharp pieces to prevent irritation at the surgical site.

These three substances have all been found to have a negative effect on the healing process and should be temporarily avoided after having all-on-four implant surgery. When having all-on-four implant surgery, it is recommended to not smoke for at least two months after surgery since nicotine contstricts blood vessels and can lead to implant failure. Alcohol should also be avoided for the first 72 hours following surgery because it slows down blood vessel formation and can negatively affect osseointegration. Finally, caffeine should be avoided for at least three weeks post-op because it promotes bleeding and slows healing. 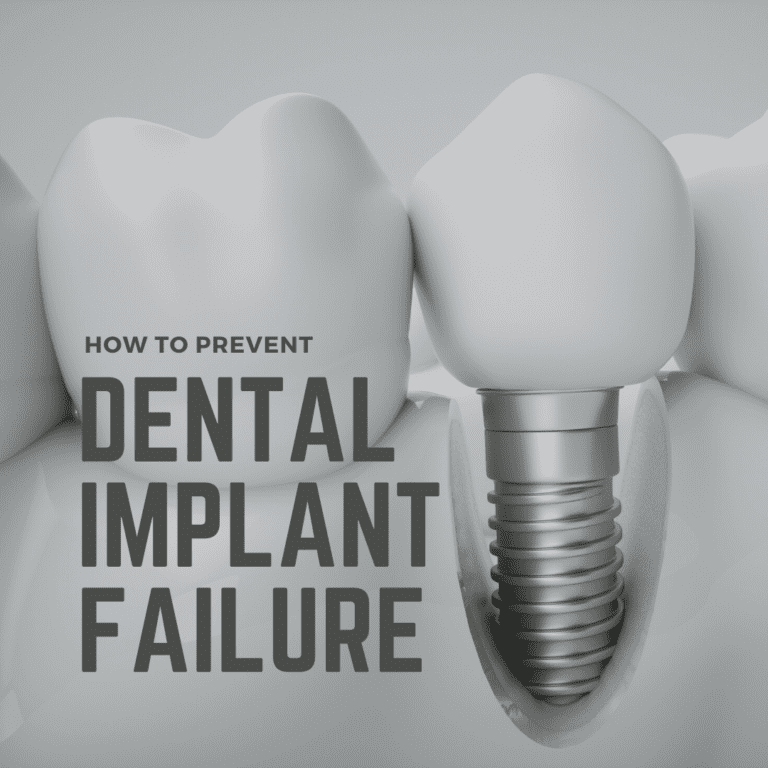 How to Prevent Dental Implant Failure 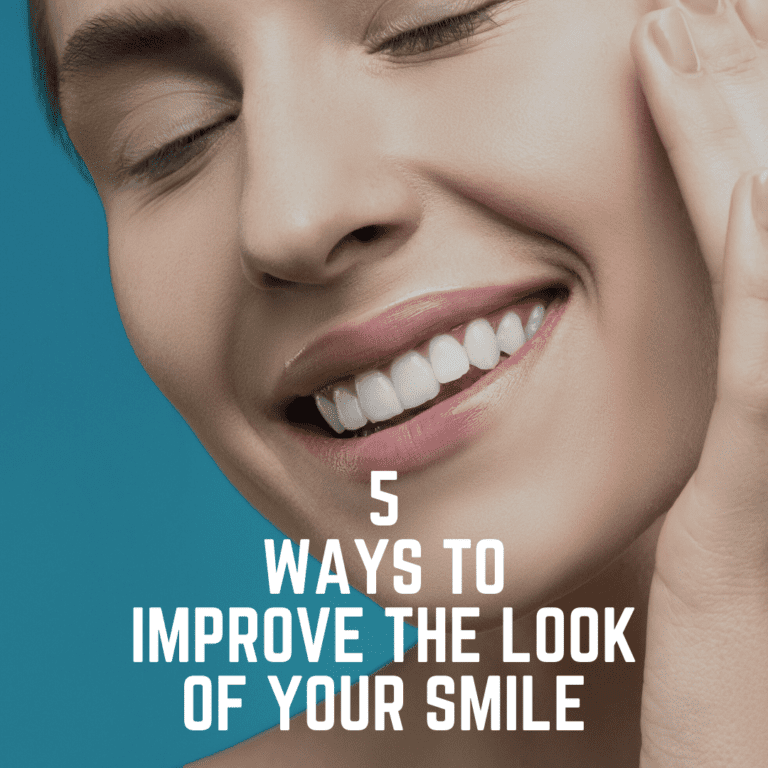 5 Ways to Improve the Look of Your Smile 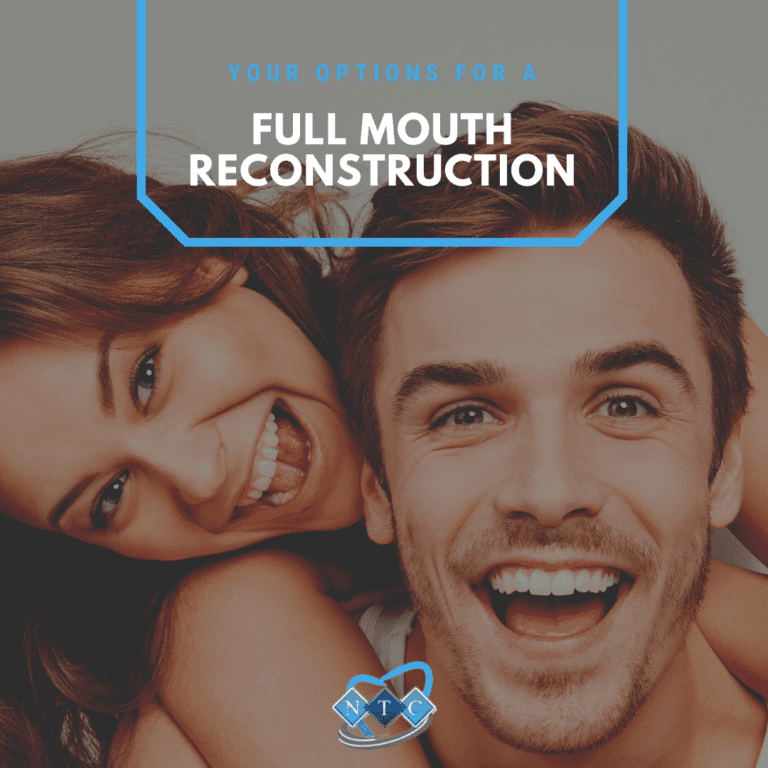 Your Options for a Full Mouth Reconstruction 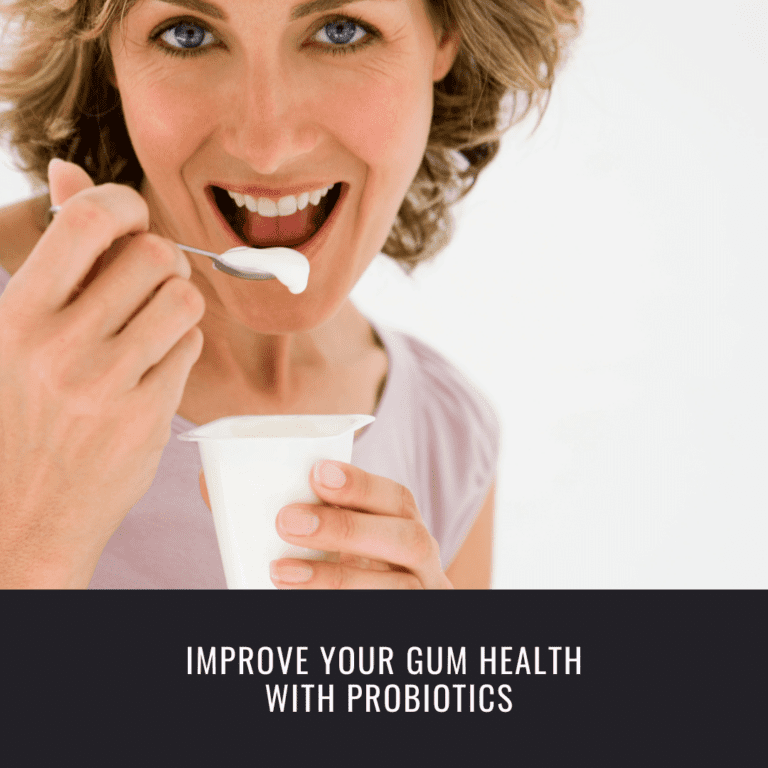 Improve Your Gum Health with Probiotics 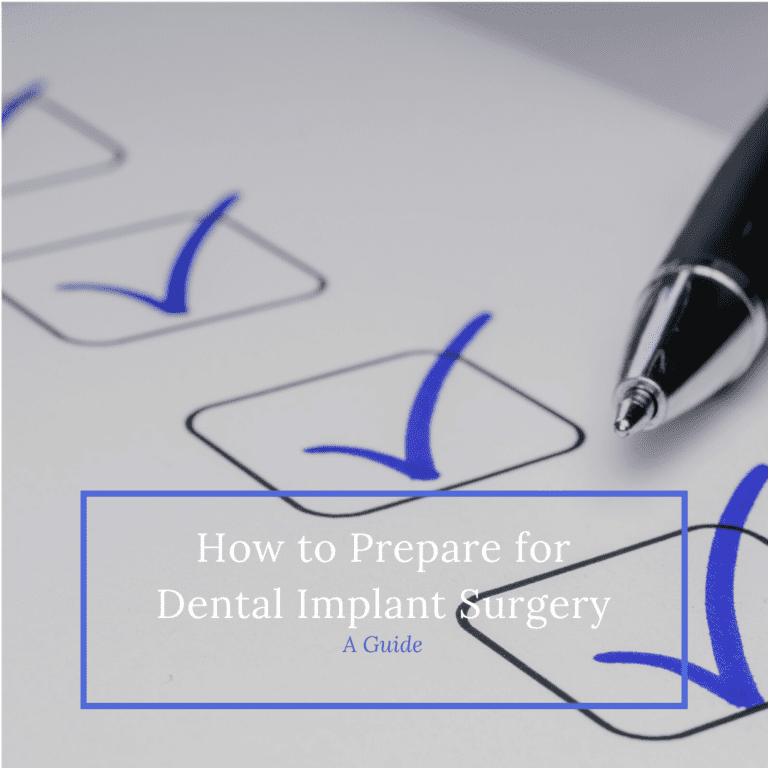 How to Prepare for Dental Implant Surgery: A Guide